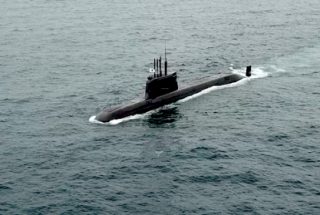 South Korea has formally declared that it possesses submarine launched ballistic missiles (SLBM’s), and is the only country to possess them that that does not also possess nuclear weapons. North Koreas nuclear arsenal continues to undergo quantitative and qualitative expansion, which, as Ankit Panda recently argued, has been motivated more by the limited results of President Trump’s summitry in Singapore and Hanoi than the entry of the Biden administration into the oval office. Especially alarming for South Korea is North Korean successes with solid fuel propellants for its short and long range ballistic missiles, which, as Timothy Wright and Joseph Dempsey have pointed out, reduces the time required for Pyongyang to prepare missile launches and for Seoul to react.

South Korea has both a deterrence by punishment and deterrence by denial strategy to deal with the North Korean nuclear threat, and ballistic missiles offer greater speeds than cruise missiles. Submarine launched ballistic missiles (SLBMs) also offer greater survivability than land-based and aerially launched alternatives. North Korea has often threatened to turn Seoul into a sea of fire, but limited North Korean anti-submarine capabilities would struggle to both locate South Korean submarines to say nothing of making the sea surrounding them erupt into flame. South Korean SLBM’s thus offer Seoul a more reliable second strike conventional capability which in the face of North Korean nuclear and delivery system advances and especially growing tactical nuclear systems signal a resolve and capability to match North Korean advances.

But even if South Korea did not develop SLBMs, would North Korea be able to take out all off Seoul’s military capabilities in a first strike? South Korean SLBMs may be just as much if not more about sending signals to the United States. In national security affairs, as in most social systems, one can rarely just do one thing. How North Korea interprets this U.S.-ROK interaction could be just as if not more important for influencing its own behaviour than how effective Pyongyang calculates South Korea’s SLBM’s would be at targeting Kim’s residences and growing nuclear and conventional weapons systems. SLBM’s may indeed offer more survivability than ground based and aerial platforms, but they come at great (financial) cost. Aerial platforms could presumably get even closer to the relevant targets in North Korea, which would compensate for the slower speed that these delivery vehicles would likely offer. South Korea would also be able to field more of these than the 9 submarines planned. Indeed, the Defence Ministry most recently announced the successful test of a long range air to surface missile to be fitted to its 4.5 generation fighter aircraft.

While South Korea’s SLBM’s do signal a greater effort to improve the survivability of their conventional deterrence denial and deterrence by punishment postures, they also signal an intention to adopt greater independence from and perhaps thereby greater assurance from the United States, a greater appetite for risk and a potential greater appetite for nuclear weapons. This menacing trifecta may well be designed to make the North Koreans think twice if not blink twice (or spend thrice: see below) about whether their nuclear weapons will get them what they want from South Korea.

As Ian Bowers and Henrik Hiim noted, South Korea still closely co-ordinates its strategy and military acquisitions with the United States and still relies on Washington for important intelligence, surveillance and reconnaissance data. The United States still retains wartime operational control of South Korean military forces, but South Korean submarines will not be easy to control unless they are commanded by an American (and even then, the Cuban Missile crisis teaches us that territorial control by the South Koreans or Americans of a submarine at sea during a crisis may still be problematic). The commanders of these submarines are likely to have greater freedom of action in this sense than anybody else in the South Korean armed forces. To the extent that South Koreans worry that President Biden or his successors may abandon them, this is a very strong signal of a willingness to act independently of the United States. After all, the restrictions on South Korean ballistic missiles that Washington and Seoul agreed on in 1979 expired earlier this year.

Where this becomes especially problematic is that South Korean submarines armed with ballistic missiles will be especially threatening to North Korea. These SLBM boats won’t just be threatening to North Korea because they improve the survivability of South Korea’s conventional forces. North Korea cannot know for sure that these boats and any ballistic missiles fired from them don’t contain a nuclear payload. This uncertainty makes them especially dangerous, which makes them more likely to be targeted, which exacerbates the fact that a South Korean submarine commander, not the United States, will likely call the shots (or hopefully the lack of them) in a crisis. Because North Korea can’t be sure that any ballistic missile launched from these submarines does not contain a nuclear warhead, the North Koreans may assume that they might. South Korean SLBMs are in this sense destabilising, although it is not clear that North Korea’s nuclear posture is any less dangerous. One might argue that because the United States did not let South Korea develop nuclear weapons in the Cold War, and that the North Koreans know this, the latter would also conclude that Seoul would not (be permitted to) develop nuclear weapons today. After all, despite much talk by Donald Trump on the campaign trail about allies developing nuclear weapons he maintained a fairly hard line on this when President. But North Korea was not a nuclear power in the Cold War, and civilian and/or military leadership may conclude that enough has changed that the likelihood of a South Korean nuclear warheads in submarine launched ballistic missiles also has substantially increased.

Finally, the preceding discussion all assumes that South Korea does not have nuclear weapons. But it would not be lost on the North Koreans that if South Korea wanted to develop a nuclear capability, this would be a very good first step to do it. Already protected from any Chinese or North Korean preventive strike by the United States alliance, nuclear armed submarines, at least if at sea, would be much harder to target than ground based or aerial systems. And developing and sustaining the cost of multiple submarines capable of launching ballistic missiles is signalling to the North Koreans that Seoul has almost everything in place to develop a survivable nuclear capability at what might be fairly short order. South Korea’s SLBM’s are likely to be able to carry a nuclear payload. If the South Koreans are searching for a way to signal to the North Koreans that Pyongyang really really needs to think twice about continuing with the expansion and diversification of its nuclear program, it would be hard to think of a better way to do it. Like in a game of chicken, and as often happens between nuclear armed rivals, South Korea has responded to North Korean nuclear expansion by signalling that it too is willing to make moves that increase the risk of nuclear war. South Korean SLBMs could indeed make North Korea further double down on committing resources to its nuclear program. But here, however, Seoul may be trying to outspend North Korea and force Kim to commit all of his resources to his nuclear program to the point of economic and regime collapse.

Whether South Korea decides to develop nuclear weapons will likely depend on the credibility of U.S. assurances and the severity of future North Korean provocations. South Korean SLBM’s may also be intended to pressure China to be more helpful regarding North Korea and to take a different line in broader Sino-U.S. competition. After all, China would prefer South Korea to not have nuclear weapons. What influence South Korean SLBM’s would have on North Korea is anybody’s guess, but a better question might be what weapons systems – tactical nuclear weapons? submarine launched conventional missiles? – Pyongyang will prioritise in response. Those interested in reducing nuclear dangers on the Korean peninsula, however, may no longer be able to focus their attention exclusively on North Korea and the United States. With the emergence of South Korean SLBMs, that ship has sailed.

Dr. Michael Cohen is a Senior Lecturer at ANU the National Security College. He appreciates helpful comments from James Goldrick, Bob Jervis and Terry Roehrig; all errors are his own.

A final draft of this paper was first published by NK Pro.