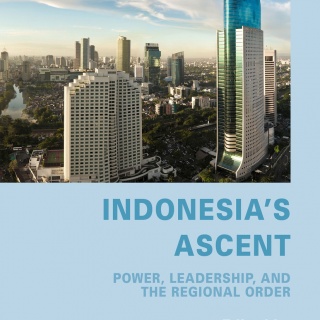 Indonesia at home and abroad - Economics, politics, and security

This series of NSC Issue Briefs investigated the prospects, challenges and opportunities associated with Indonesia’s ascent in the political-security, economic and socio-cultural spheres.

As Indonesia’s economy grows, it is increasingly referenced as a rising middle power and there is mounting speculation that Indonesia might eventually join the ranks of Asia’s great powers. Its government and the will of its people will become increasingly influential in terms of regional leadership and the values Jakarta espouses.

The image of Indonesia as a more stable and democratic nation has contributed to a significant deepening of security ties with other nations, such as Australia.

Indonesia’s growth poses several questions around the domestic opportunities and constraints that inform it’s rise and how it will affect Indonesia’s foreign policy and values. Experts query the perception of other nations and what a potentially more assertive Indonesia may mean for the future of the Association of Southeast Asian Nations (ASEAN).

This inaugural suite of papers for the National Security College Issue Brief Series was a component of an NSC research grant investigating the prospects, challenges and opportunities associated with Indonesia’s ascent in the political-security, economic, and socio-cultural spheres.

The chief investigators for this project were Dr Christopher Roberts, Dr Ahmad Habir, and Associate Professor Leonard Sebastian. These issue briefs represent a short precursor to a fifteen chapter edited book, Indonesia’s Ascent: Power, Leadership and the Regional Order, published by Palgrave MacMillan in early 2015. The project also involved conferences and fieldwork in both Canberra and Jakarta between 2012 and 2013.