Regional collaborative arrangements in marine ecology in the Indo-Pacific 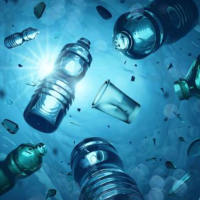 A new report co-directed by David Brewster and Anthony Bergin considers how Australia can enhance its support of the Indo-Pacific Oceans Initiative. This Indian-led initiative aims to improve maritime cooperation in the Indo-Pacific in a range of areas, to support an open, inclusive, resilient, prosperous and rules-based maritime order. Australia is taking the lead in the marine ecology pillar of the initiative, while other Indo-Pacific partners are leading in areas such as security, infrastructure and resources.

The report includes detailed baseline studies on regional arrangements in the Pacific (marine plastics, IUU fishing and ocean science); Southeast Asia (marine plastics, emergency response and coastal conservation) and the Bay of Bengal region (marine litter, IUU fishing and marine disaster management). These studies will help policy-makers in Australia and elsewhere consider how regional cooperation in marine ecology can be enhanced across the Indo-Pacific.

The report includes recommendations as to how Australia can promote regional cooperation in marine ecology, including:

• working with India to co-sponsor an Indo-Pacific Declaration and Action Plan on Marine Plastics.

• undertaking a quantitative study on IUU fishing in the Bay of Bengal area.

• seeking observer status with key regional groupings such as BIMSTEC and the Indian Ocean Commission, with a focus on engagement on marine ecology issues.

• increase support to the Group of 16 IOTC Coastal States, to strengthen regional fisheries management in the Indian Ocean.

The report is due to be launched in Kolkata on 28 July 2022 by the Australian High Commissioner to India, Mr Barry O’Farrell.

Regional collaborative arrangements in marine ecology in the Indo-Pacific