A rising Bangladesh starts to exert its regional power 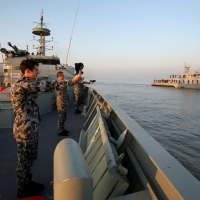 Dhaka is increasingly confident in an emerging role. The rest of the world would benefit to pay close attention.

The recent announcement that Bangladesh would provide US$200 million in aid to Sri Lanka is an important turning point as that country moves from being an impoverished supplicant towards an increasingly influential regional state. It is an outcome of years of high economic growth and points to Dhaka’s potential to become an important Indo Pacific middle player.

When it gained independence from Pakistan in 1971, Bangladesh was one of the poorest countries in the world with few apparent prospects – former US Secretary of State Henry Kissinger apocryphally called it a “basket case”.

The National Security College (NSC), with the support of the Department of Defence, is leading a two-year research project on Australia’s Indo-Pacific strategy in the Indian Ocean. As a part of this project, this paper analyses Bangladesh’s economic and strategic rise. This paper first appeared on the Lowy Institute’s ‘The Interpreter’ on 10 June 2021.