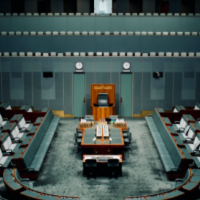 Australia has been a global first mover in updating its legislation, policy and bureaucratic structure to manage foreign influence risk in the 21st century.

This paper asks: how should Australia address foreign influence that falls short of interference, but is nonetheless inconsistent with Australian values, interests or sovereignty?

Who is this paper for?

While this paper focuses on Australia, its analysis and findings are intended to be relevant across democracies. Australia has been a “canary in the coal mine” in its experience of Chinese Communist Party (CCP) foreign interference, as well as a first mover in responding. It is well-positioned to continue to create new standards of international best practice in ways that both protect citizens’ political rights and freedoms, and Australia’s sovereignty, values and interests.

The paper recommends that Australia’s response be guided by four principles:

Active transparency: Australia has a range of foreign influence ‘transparency’ measures. These include the Foreign Influence Transparency Scheme (FITS), and the new public register of state government, local government, and public university ‘foreign arrangements’ established by the Foreign Relations Act (2020). The next step is to ensure information about foreign interference is collected and presented in meaningful ways, and its significance is contextualised and explained. Decision-makers in civil society, business and government should be empowered with guidance and options for how to respond to foreign influence information.

Country agnostic, but context-aware: Australia adopts a ‘country agnostic’ approach to the administration and enforcement of its foreign interference offences. However, for foreign influence short of interference, there is a need for decision-makers to pay closer attention to the political context of the source country. This includes understanding the source country’s broader foreign policy and strategic objectives, and how the source country deals with influence in its own political system. It should also include considering whether there is reciprocity in the relationship – that is, whether influence is permitted to flow both ways.

Prioritise democratic political rights and social cohesion: Any step-up in Australia’s response to foreign influence should be designed to defend and support social cohesion, trust in institutions and individual rights.

Empower a decentralised response: There is a role for active monitoring of foreign influence risk by government in some contexts, and existing foreign interference laws should be enforced. However, the most important policy responses will be those that build the institutional capacity of social and economic actors to identify problematic foreign influence and to push back or build resilience to its effects.

To operationalise these four principles, this paper offers policy options including:

Adopt a foreign influence continuum: There is an opportunity to move policy frameworks and public discourse beyond a binary divide between ‘influence’ and ‘interference’ and instead to think of foreign influence along a continuum of risk to Australia’s values, interests and sovereignty.

Establish an independent Sovereignty Commissioner: A publicly visible commissioner could play a key role in implementing ‘active transparency’ by assembling and disseminating information to help decision-makers and the public understand the context of individual acts of foreign influence, and the actors and methods of foreign interference.

Create a dedicated national online portal for foreign influence risk: A portal could include standard guidance for assessing foreign influence risk and clearer, more responsive mechanisms for triaging and responding to concerns about potential interference. Ideally, the portal would not be managed by a national security agency, but an appropriately resourced independent commissioner’s office.

Update legislation to capture ‘precursors’ to interference: Legislation should be updated to capture activities and behaviours which are precursors to, or create opportunities for, unwelcome foreign influence. This should include both reviewing laws, and better resourcing responses and enforcement, in the areas of disinformation, data protection and privacy.

Support a robust, independent media: There is a need to protect Australian media freedom and plug gaps in its media ecosystem. Key lines of effort should include: increasing support for independent foreign-language content, addressing regional and local government ‘news droughts’ and removing impediments to free and fair reporting on national security matters.

Recalibrate and expand foreign influence reporting obligations: FITS should be updated to ensure the register presents useful and meaningful information. There is also a need to equip the body administering the scheme with resources to engage in outreach and more calibrated powers short of enforcement action (such as the ability to issue guidance and binding notices).