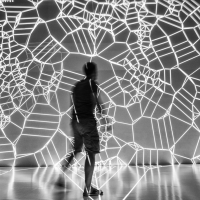 The novel coronavirus pandemic has illustrated the significant role of states in enacting effective multilateral responses toward the pandemic, which has transformed the relationship between individuals and states. However, the pandemic has also revealed the vulnerability of international governmental and non-governmental organisations. Several rivals are taking advantage of the pandemic to advance “grey zone” strategies, such as economic coercion, cyber operations, and low-intensity violence. These operations include cyber-driven cognitive attacks, such as dissemination of fake news. Similarly-inclined democratic states should cooperate and coordinate effective multilateral responses against grey zone tactics. Primarily, experts from academia and think tanks should be able to discuss such issues among their counterparts from allied democratic states in a forum where all participants respect the principles of transparency and freedom of expression.

This paper discusses key issues in national security, cyber security, and critical technologies for Japan. It has four sections:

(1) Critical Technology in the Field of Defense: A Comparison between NATO and Japan (2) Laws and Policies for Cyber and Critical Technologies in Japan (3) Deterrence and Arms Races in Cyber Space; and (4) Chinese Cyber Warfare and Japan’s Response.

About the QTN Series

The Quad Tech Network (QTN) is an Australian Government initiative to promote regional Track 2 research and public dialogue on cyber and critical technology issues. This paper is part of a series of papers by universities and think tanks in Australia (the National Security College at The Australian National University), India (the Observer Research Foundation), Japan (the National Graduate Institute for Policy Studies) and the United States (Center for a New American Security). The QTN series offers analysis and recommendations on shared challenges facing Australia and Indo-Pacific partners across four themes: • international peace and security • connectivity and regional resilience • human rights and ethics, and • national security.

The QTN is managed by the National Security College at The Australian National University, with the support of the Australian Department of Foreign Affairs and Trade.