Transparent Oceans? The Coming SSBN Counter-Detection Task May Be Insuperable 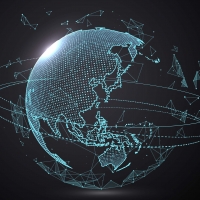 A first principles analysis of new technologies and the detection of nuclear-powered ballistic missile submarines (SSBNs).

This report considers the problem of disruptive changes in the technologies for detection of SSBNs and how they intersect with the growing or continued reliance on submarines for retaliatory nuclear capability. In simple terms, this report answers the question: Will future science and technology make the oceans transparent? It takes a scientific perspective and considers the science and technology issues bearing on ocean sensing and the detection of submarines as anomalies in the water column. This report utilises a time horizon spanning to the 2050s, as the next generation of nuclear-armed submarines will be deployed through the 2030s and beyond. Its analysis identified broad areas of future science and technology – rather than specific ‘hot’ areas of the moment – that might have an impact on submarine detection as well as on counter-detection.

Support for this publication was provided by a grant from Carnegie Corporation of New York.

Transparent Oceans? The Coming SSBN Counter-Detection Task May Be Insuperable