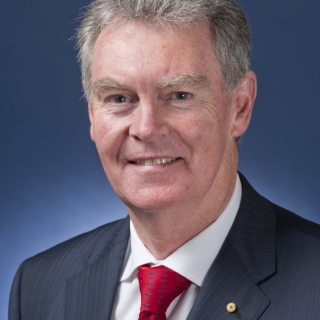 Professor in the Practice of National Security

He recently completed his five-year term as Director General of Security and Head of the Australian Security intelligence Service (ASIO). This was the last appointment in a 47 year career with the Australian Government both in and out of uniform. Following Duncan’s retirement from the Australian Army as a Major General, Commander of Special Operations Command, he served for 15 years in the Australian Public Service in the most senior positions including as the Secretary of the Department of Defence, National Security Advisor to two Prime Ministers and Australian Ambassador to Belgium, Luxembourg, the European Union and NATO.

During his public service Duncan served on a number of boards and committees including the board of the Australian Criminal Intelligence Commission, the Council of the Order of Australia, the National Australia Day Committee and on the inaugural board establishing the National Security College at ANU. Duncan recently joined the Board of Thales Australia as a non-executive director and the US Studies Centre as a Senior Non-Resident Fellow. Duncan is the Chair of the national peak advocacy group “Painaustralia”.

Duncan was awarded Officer of the Order of Australia in 2005 for his service as the inaugural Special Operations Commander Australia. He is a graduate of the British Army Staff College and the United States Army War College. He is a member of the Australian Institute of Company Directors. He is fluent in Indonesian.