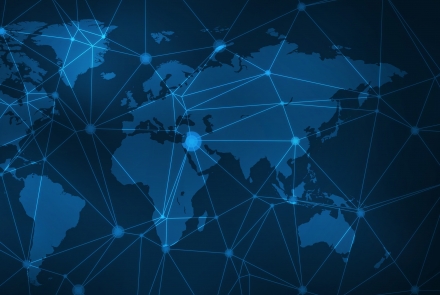 Image by Visual Generation on Shutterstock

Mapping our Indo-Pacific Future: Rory Medcalf’s public lecture
The Head of the NSC outlines a vision for Australia's foreign policy.

That the Indo-Pacific has so many different interpretations is a strength of the concept, not a flaw, Anthony Bergin writes.

Does it matter that the Indo-Pacific means so many different things to so many people? The short answer – no.

In a recent piece on Policy Forum, Denise Fisher noted Allan Gyngell’s observation that while “the number of countries that find the Indo-Pacific a useful way of interpreting the world is growing… each country has its own Indo-Pacific”. Gyngell added that there’s “no such thing as the Indo-Pacific”. Rather, he suggested that it’s “simply a way for governments to frame the international environment to suit their policy objectives in particular circumstances.”

As the debate about the meaning of the concept of the Indo-Pacific hots up, this is a useful point to frame analysis. The very definition of the region is subject to political dispute. This shouldn’t be too surprising.

Definitions of regions will always be open to manipulation and interpretation in accordance with the interests of pivotal political players. There’s really no such thing as a ‘natural’ or ‘objective’ region. A ‘region’ is not one thing, but rather many things.

The construction of a region is done by analysts and political decision­makers who wish to project their vision on a certain part of the globe.

On top of that, the boundaries of regions will change if the kinds of factors that identify the region change, such as changes in the pattern of economic interactions. No single variable on its own will be enough to say whether a group of states qualifies as a ‘region’.

It wasn’t until the nineteenth century with the expansion of Europe that forces emerged that gave us the shape of ‘the Pacific’. The idea of ‘Asia’ didn’t exist before the Europeans invaded it and imposed a common identity on what was, and remains, a very diverse set of cultures.

There’s nothing natural either about the ‘Southeast Asian’ region. The term really only came into English usage during the Second World War as the name for the theatre of operations, the Southeast Asia Command, under Lord Louis Mountbatten. The term has lived on and no one really questions it these days.

The notion of the ‘Asia-Pacific’ links not just the fact that Asia became more economically important in the Pacific, especially China and Japan in the nineteenth century, but also that the Pacific area was populated by people who came from Asia originally.

The broad point about regions being political constructs can be illustrated by former Australian Foreign Minister Gareth Evans’ attempt nearly 25 years ago to invent an East Asia hemisphere.

Evans identified a new segment of the earth and stated that Australia should think of itself as an “East Asian hemisphere nation”. This hemisphere was, he suggested, the segment of the globe stretching from the west of China to the east of Australia, and including New Zealand. He compared his ‘East Asia hemisphere’ with the ‘American hemisphere’ or ‘Western hemisphere’ as meaningful terms to describe north and south America.

To show how regions are the constructs of decision-makers, Evans even produced a map that put Australia right at the centre of his East Asia hemisphere.

One could, of course, use a map of the southern hemisphere to ‘prove’ that Australia is part of Africa. But at the end of the day, Evans’ East Asia hemisphere idea was, like today’s Indo-Pacific concept, a political idea with no identifiable boundaries.

The debate over the definition of Indo-Pacific and over whom to include and exclude can be illustrated with two examples. Firstly, the membership of the major pan-Indian Ocean regional body, the Indian Ocean Rim Association, excludes Pakistan because of Indian sensitivities.

Secondly, last year’s Australian foreign affairs White Paper excluded eastern Africa from the definition of the Indo-Pacific. It defined the Indo-Pacific as “ranging from the eastern Indian Ocean to the Pacific Ocean connected by Southeast Asia, including India, North Asia, and the United States.”

Excluding the eastern seaboard states of Africa from the Indo-Pacific was surprising. Only four years earlier the African Union had set out a comprehensive maritime agenda: the 2050 Africa Integrated Maritime Strategy Plan of Action Plan.

The basic point here is that geography doesn’t change. But the way that political decision-makers look at it certainly does change over time. We used to talk about the ‘far east’ before it became our ‘near north’.

Changing perceptions and interests will lead decision-makers to try and define the boundaries of a region. But to affix the term ‘region’ doesn’t imply actual or potential integration.

In other words, it’s not a debate about geographic precision but rather a political debate over who to include and exclude: the politics of representation.

As the African example cited above shows, sometimes inhabiting a region won’t always be enough to be included in the definition. Geographic boundaries become objects of political struggle. Boundaries of regions are thus rarely constant. They fluctuate in response to changing political and economic patterns.

Who are defined in a region and who gets defined out will thus depend on changing economic, cultural, and political relationships and linkages as well as the issue at hand.

It’s natural that different countries will have different geographic focuses for the Indo-Pacific. India, for example, will give Africa much more importance than will Japan. In official policy statements, Australia has given a more restrictive geographic definition to the Indo-Pacific, reflecting a policy decision to focus our efforts on the eastern Indian Ocean.

What some may see as confusion or a lack of definition is actually a strength of the concept; no country is being forced to sign up to any specific grouping.

My conclusion is a pretty modest one. Trying to define the Indo-Pacific using some clear lines on the map is a fool’s errand and we should resist getting too fussed about it. As Peter Varghese recently pointed out in his report An India Economic Strategy to 2035, ‘the Indo-Pacific as a single strategic system is very much a work in progress. It is both an act of imagination (my emphasis) and a recognition of an emerging structural shift in our strategic environment.’ The Indo-Pacific is more of a functional concept than a strictly geographic one, with growing interactions between East Asia and the Indian Ocean, particularly between major powers.