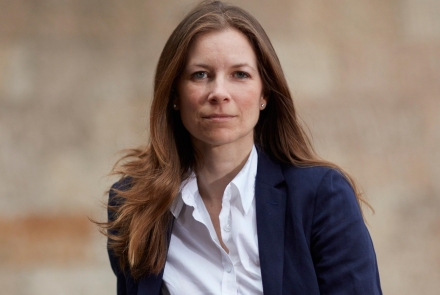 Inspiring women: Sandra Bourke
"I look up to my Mum and my three sisters....they are all graduates with extended families that love life and learning."

To mark International Women’s Day this year we are celebrating some of the professional and academic staff who make Crawford School Asia and the Pacific’s leading public policy school.

What inspired you to get into area of work?

I almost became a lawyer – a fact that my mother mentioned with horror just recently. I studied undergraduate political science and history. Then in the middle of my second year, on my way to class, 9/11 happened. Two days later when classes resumed, my political science professor was the only one who could explain what was going on. As a result, I focused my attention on international relations and regional studies, particularly the Middle East. I went on to do a Masters in International Security, and a Doctoral Thesis in energy security, during which I studied Arabic and lived in Oman. Incidentally, eminent political scientist Robert Putnam has proposed that the 9/11 generation, the ‘millennials,’ are more engaged in world affairs, politics and civics as a result of that event.

Who is a woman you look up to?

Madeleine Albright, Francis Perkins, Ruth Ginsberg. I am also inspired by women who are trailblazers and particularly those who made courageous decisions, despite overwhelming pressure to conform. One example is of a physician who single-handedly averted a birth defect epidemic when she blocked the use of thalidomide in the United States. Though she was an anonymous public servant at the time the application landed on her desk and though the drug was already popular in Europe, Dr. Frances Kelsey insisted on having proof of its safety. She was also a Canadian immigrant which is a reminder that people’s greatest contributions may not necessarily be made in their country of birth.

Political scientists have had their research agendas upended, neglected, or significantly modified since the 2017 U.S. election and I am no exception. There are some uncomfortable parallels with history that some of us never anticipated living through, and we’ve had to re-examine some of our assumptions. In my research methods class, I have recently incorporated tools on fact-checking and sourcing of credible information, as well as more discussions on the challenges of communicating research in the post-truth age. I also spend more time doing media interviews to explain current events. As an American in the National Security College I probably get called by the media to talk about Trump at least once a week, including at 8am on New Year’s Day! (Thank you Alexander Downer). I have found my academic work as a comparativist quite useful in answering questions. It helps explain the pattern rather than just individual data points. I see it as part of my professional obligation to contribute to the public debate, which is probably how I end up in quite nerve-wracking situations - like live television on ABC’s Q&A!

What are you most proud of?

I am most proud of my pilot’s license. In my line of work most everyone has a PhD, so my pilot’s license is probably what makes me unique (along with my Southern drawl). Once you’ve landed a plane with engine failure as a student pilot and lived to tell the tale, you feel prepared to tackle most any professional challenge.

What’s your advice to your younger self about choosing the right path and juggling life’s different demands?

Someone once advised me to “Go early, aim high, and remember it’s all arbitrary.” I have lived by that. I would also tell my younger self not to compare yourself with peers. They don’t know what the hell they’re doing either.

Watch Jennifer’s other recent interviews with the BBC and The Project.