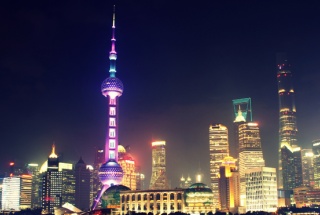 The just-concluded visit by Chinese Premier Li Keqiang is a reminder that Australia will face frequent future choices about how we relate to China. Sometimes it will be in our interests to agree. Other times, interests will clash.

The lesson? Australian sovereignty will rely on our capacity to cope with attempts by China to use the economic relationship to distort our political and security decision-making.

The good news is that the character of our economic ties means there are limits to the pressure China can apply without imposing sizeable costs on itself.

Understandably, China wants to lock in its advantages as a rising power. It thus seeks to transmute economic engagement into political influence.

This could involve pressing countries to stop strengthening security ties with the United States or each other, or to keep quiet on various issues related to maritime sovereignty disputes, human rights, democracy and international law.

However, such attempts at using coercive economic pressure have often backfired.

For example, the restrictions on rare earth exports to Japan during a 2010 face-off arising in the East China Sea led to Japan diversifying its sources of supply.

For Australians to think clearly about these issues, it is important to have some perspective on our interests, our strengths and our diverse economic relationships.

Just how important is China?

Many Australians imagine the economy depends overwhelmingly on exports. In fact, Australia’s economy is not overly reliant on exports compared with many countries in Asia and Europe: for instance, the ratios of exports to GDP is about 20 per cent, well below South Korea (46 per cent), Germany (47 per cent), Malaysia (71 per cent) or Singapore (176 per cent).

Of course, Australia’s exports are focused on Asia, and the share going to China – about 30 per cent of merchandise and 16 per cent of service exports – is the highest in the OECD and G20.

Exports to China are concentrated in a few sectors. Iron ore comprises half of merchandise exports, with gold, coal and wool adding a further 15 per cent.

Even if it wants to achieve a security or political gain, China is unlikely to interfere with those Australian exports that matter to its economy as well as to Australia’s. China imports two-thirds of its iron ore, of which Australian producers supply about 60 per cent.

Limitations to China’s domestic supply and the structure of global iron ore supply means China has few alternatives to Australia.

Australia would seem more vulnerable where restrictions or disruption would have a lower economic cost to China, either because there are alternative suppliers, or Australia is a marginal complement to Chinese domestic supply. Obvious examples are coal, tourism and education.

Exports to China from these three sectors combined represent less than 1 per cent of Australian GDP, so any Chinese effort to disrupt them would have limited national impact, though imposing potentially significant harm on the sectors and their domestic constituencies.

On investment, too, perceptions of China’s ability to pressure Australia exceed reality.

Certainly China is a fast-growing and generally welcome source of foreign direct investment and has been the biggest source of new business investment proposals in recent years.

But the stock of Chinese direct investment in Australia is well behind that of US, UK and Japan and, even with Hong Kong included, similar to the Netherlands.

Unsurprisingly, Beijing criticises or complains to Canberra frequently over multiple issues. But the accompanying threats have tended to be vague.

Even where Canberra has seriously annoyed Beijing, such as by supporting legal rulings on the South China Sea, Beijing hasn’t applied direct economic pressure.

Before it did so, China would take calibrated political steps like pausing diplomatic dialogues.

If Beijing wanted to sharpen its message, it might manipulate non-tariff barriers like quarantine and safety standards, or make life hard for businesses operating in China, with limited long-term or nationwide impacts.

It is within Australia’s power to ensure the lasting economic impact of future Chinese pressure is manageable.

However, the perception that China could deliberately wreak major economic harm can have an outsized effect on domestic interests, creating pressures for rapid political compromise.

The risk is that Australia will over-react to possible future Chinese economic threats and self-censor on issues perceived to be problematic for Beijing. Succumbing to pressure won’t protect Australia from further pressure, as it will signal that such pressure works.

These are vulnerabilities Australia can do more to address. One way is to strengthen transparency around the channels China – and other countries – use to build influence in Australia.

Public awareness also needs to be improved about the true diversity and depth of Australia’s economic relationships and the prospect that our prosperity will not depend comprehensively on China.

This will allow a reality check about the nature and limits of Chinese influence – and about Australia’s resilience and policy independence.

This article first appeared in the Australian Financial Review and is re-published here with permission.

This article draws on a new policy options paper China’s economic leverage: perception and reality published by the College.