Home » News and events » News » The secrets of Finland’s success

The secrets of Finland’s success 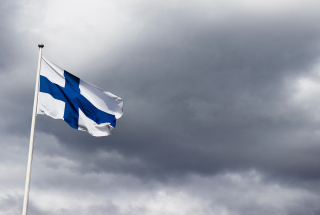 This article, by Professor Rory Medcalf AM, appeared in The Australian Financial Review on 2 December 2022.

Prime Minister Sanna Marin’s visit to Australia serves as a reminder of how much Canberra can learn from Helsinki on matters from technology and climate action to national security.

Finland is rightly upheld as a northern light of egalitarian and progressive democracy, where women lead and speeding fines are linked to income.

But for Australians it can be a beacon in national security, too.

In classic Nordic understatement, this week’s visit to Australia and New Zealand by Finnish Prime Minister Sanna Marin was defined as largely about business and co-operation among like-minded countries. But there is a granite edge to Finland’s worldview, as became clear in her speech to the Lowy Institute on Friday.

One of the most important and welcome developments in global geopolitics this year was the decision by Finland and Sweden to join NATO, in response to Russia’s invasion of Ukraine.

A key goal of the Finnish leader’s mission here, accompanied by an industry delegation, is to strengthen economic, technology and security links among democratic countries.

As Marin said in her deadpan and deft response to a daft and sexist media question in Auckland, her priority is to reduce her nation’s dependence on authoritarian countries.

She did not just mean Russia, which has done her country the favour this year of accelerating its energy self-sufficiency towards hydrogen, other renewables and nuclear. All the Nordic nations are also quietly reducing dependence on China, including in medical supplies, digital technologies and other critical areas.

As an EU state concerned about the China-Russia alignment, Finland is now openly interested in the strategic future of the Indo-Pacific . After all, Finland is no stranger to authoritarian aggression. It has decades of coping with Soviet and then Russian campaigns to subvert its independent democracy.

This year, the ANU National Security College held a dialogue with Finnish experts to compare notes on our respective national efforts at resilience and crisis preparedness: from handling COVID-19 to the impacts of climate change, to readiness for the risk of war.

It was illuminating. The pandemic was not such a shock for a country – hint, not Australia - with a decades-long habit of stockpiling vast supplies of medicines and other crisis essentials. Finland has built net zero emissions by 2035 into its national security strategy – and, incidentally, it has one. Australia doesn’t.

When Australia struggles to find trusted vendors for telecommunications and cybersecurity, Finland tends to look within. Not for nothing was Nokia one of the companies in Marin’s delegation.

And as for preparing for a breakdown in peace among nations?

Those who imagine Finland as a land of lakes, forests, reindeer, saunas, Santa Claus and exceptional levels of education, social inclusion, gender equality, welfare and net national happiness are right.

It is also a country of just 5.5 million people that can easily deploy a technologically advanced military with several times the strength in personnel of the Australian Defence Force – or about 20 times greater than New Zealand, despite their similar population sizes.

Finland can readily mobilise a wartime strength of 280,000 personnel, and in the most extreme circumstances has 900,000 trained reservists.

One of the extraordinary secrets of Finland’s security success is how to achieve all this below the radar, in a society where war is unglorified.

For Finns, there’s no great disconnect between socioeconomic progress and the safeguarding – through deterrence and diplomacy – of the nation they’ve built.

Like any nation, Finland has its share of problems, and more scars of history than it lets on. These include a civil war in the early 20th century, two terrible wars against the Soviet Union, and the long Cold War foreign policy compromise that became known as Finlandisation.

Finns will be the first to criticise their own system or acknowledge their history, and often the last to boast about it. That said, the 1939-40 Winter War, in which a citizen army fought Stalin’s invading war machine to a stalemate, remains a paragon of patriotic resistance, and a model for Ukraine’s contemporary stand.

It’s little wonder that Vladimir Putin’s aggression this year rang every alarm bell in Finnish consciousness, and almost overnight boosted pro-NATO sentiment in Finland from around 25 per cent to more than 80 per cent.

Marin leads one of the world’s most progressive governments: five left-leaning parties, all led by women (four in their 30s), with an agenda of consolidating Finland’s place as a society of sustainability, opportunity and social justice.

Without departing from that vision, she and political leaders across the spectrum have marshalled a consensus to end decades of strategic neutrality. Finlandisation is dead and buried.

As Australia looks to a decade of disruption and hazard ahead, we need to find practical examples wherever we can of how a middle or small power can play to its strengths and exercise real agency.

Finland offers a vital case study for how a lonely nation in an unforgiving strategic environment can balance self-reliance and alliance-building. Marin’s visit to Australia – the first by a Finnish leader – should be the start of a much closer partnership between Canberra and Helsinki. We have much to learn.

Rory Medcalf is head of the National Security College at ANU and a member of the advisory council of the Finnish Institute for International Affairs.

The secrets of Finland’s success