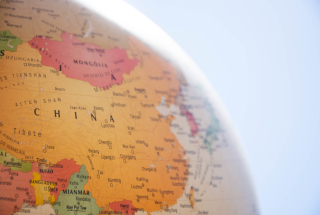 This article, by Professor Rory Medcalf, appeared in the Australian Financial Review on 30 June 2022.

Amid the carnage Russia is inflicting on Ukraine, what is surprising is not how little attention Europe is paying to the security problems of Australia’s region - but how much.

Thus in attending this week’s NATO summit in Madrid, Prime Minister Anthony Albanese has joined a deepening international response to the convergence of strategic risks across the Euro-Atlantic and Indo-Pacific.

It may not yet be quite a united front against the authoritarian challenge from Russia and China, but the trend is in that direction.

Not all European governments want to agree with the Biden Administration’s assessment that the world is now a single theatre of strategic and ideological competition.

And of course there are differences between Russia’s murderous recolonisation and China’s many shades of coercion, though the threat to take Taiwan is less warlike only by degree.

But many European strategists are moving closer to the one theatre thesis. Russia and China are proving the point, with the threatening alignment of Vladimir Putin and Xi Jinping, outlined in their ‘no limits’ partnership on the eve of war.

Australians should not underestimate the new seriousness about national security across Europe. Governments there already accept the grim reality that the road out of pandemic runs through a geopolitical and geoeconomic battlefield.

The near-term focus is Putin’s horrific aggression: hence NATO countries are arming Kyiv, strengthening their own defences including with a vastly expanded rapid-reaction force, and adapting the alliance for a dangerous future.

The sudden determination of Finland and Sweden to shed residual neutrality and join the alliance is no less transformative than Australia’s decision to abandon its taboo on nuclear-powered submarines.

Incidentally, the strategic logic of AUKUS – deterring China - is now quietly accepted in Europe, even as the diplomatic bruises gradually fade.

As Putin’s Ukraine blunder depletes his forces, and the nations of Europe combine and invest in their own, the requirement for an American deterrent in Europe – other than the nuclear backbone - will diminish. This will free up Washington to concentrate more on countering China.

And China’s diplomatic and propagandist enabling of Russia’s invasion of Ukraine is crystallising European mistrust of Beijing.

As Germany and other European powers face up to their folly of economic dependence on Russia, in the form of energy, they are looking to the longer term and recognising the need to reduce reliance on China as well, in supply chains, investment and technology.

It won’t be full decoupling, but conversations have even begun in European circles about how to discourage Chinese aggression against Taiwan through a playbook of economic sanctions – given that China arguably needs Europe more than the other way around.

These are hardly outcomes Xi would have foreseen or desired. Such is the tunnel of dictatorial foresight.

In the Madrid dialogue, Prime Minster Albanese and his fellow visiting leaders from Japan, South Korea and New Zealand are sensibly downplaying expectations of a security role for NATO in the Indo-Pacific.

After all, the best thing that Europe can do for stability in Asia is to protect itself – including Ukraine – against Russia. The power of that example would reinforce the credibility of the United States and its Indo-Pacific allies and partners in staying Xi’s hand against Taiwan and China’s other potential military targets.

But the historic character of this NATO summit extends to the Indo-Pacific nonetheless, and not only because the alliance’s new ‘strategic concept’ will identify China as a clear challenge – or worse - to the interests and values of its member states.

To be sure, the NATO treaty applies to threats against member states in the Euro-Atlantic area, even if this has led to deployments as far afield as Afghanistan.

But even without formally shifting to a global footprint, altered facts of threat and capability are making the alliance globally consequential.

The alliance is investing in innovation to strengthen all member states across precisely the technology domains China seeks to seize, such as artificial intelligence, cyber, space and hypersonic missiles.

NATO states – individually and collectively – are stepping up their ‘capacity-building’ of Indo-Pacific nations, such as in Southeast Asia and the Indian Ocean, which will improve local forces’ ability to detect and resist China’s encroachments.

And the European impact on outcomes in the Indo-Pacific will not rest on NATO alone.

The European Union now has an Indo-Pacific strategy which, while not confrontational with China, involves providing alternatives to regional nations in ways that respect sovereignty and democratic values.

The election of the Albanese government – with its more committed climate agenda and diplomatic reset with France – provides the opportunity for a new spring in Australia-EU collaboration across the full policy agenda.

The aggregate of EU aid, trade, investment, technology and education ties with developing countries in this region is formidable.

The new awareness of China risk will encourage European capitals to make these contributions count for more, through reframing and coordinating them for geostrategic ends– including in partnership with Australia and the Quad.

This could prove a force multiplier from across the seas as Australia’s new government pursues its own offensive of soft and smart power in Southeast Asia and the Pacific.

Professor Rory Medcalf is Head of the ANU National Security College. He is a convener of the Australia-EU strategic dialogue held last week in Brussels.