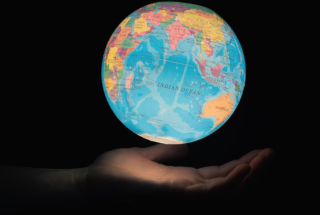 This article, by Professor Rory Medcalf, is an extract from his 7 June address to the Australian Institute of International Affairs, ACT Branch. It appeared in the Australian Financial Review on 8 June 2022.

The Labor government is barely more than two weeks old, yet its foreign policy settings are compellingly defined and active.

It’s an impressive start: the Quad summit in Tokyo is already old news, followed rapidly by listening-rich diplomacy in the southwest Pacific and Jakarta.

They’ve shown mature continuity with the direction of previous governments in building the Quad, a can-do coalition with the United States, India and Japan, and balancing against China’s bid for dominance.

At the same time, there’s a tone of respect and inclusion with the broader region, an external resonance of the cultural change Mr Albanese says he’ll pursue in politics at home.

Even though initially Labor policy on climate change will be more about commitment than rapid results, the signal of intent is a diplomatic game-changer. It reframes relations with Biden’s America, the European Union and climate-vulnerable neighbours.

So far, more than so good. But the test for Albanese, Wong and team will be to pace themselves for a very long ride. This is a bike you don’t get off.

That, and the need to ensure that our external promises are matched by an accelerated strengthening of cohesive national capability - military, diplomatic, development, intelligence, technology and above all workforce.

The government’s attention must turn simultaneously to revitalising not only our diplomatic service, but the capacity, coordination and staying power of our whole security and policy community.

Many officials are unabashedly energised by the new government. But it is no secret that departments and agencies have long been overstretched and struggling (including with each other) in a war for talent.

By now, new ministers will be well into highly classified briefings, giving eye-opening insight into the profound deterioration of Australia’s external security environment since Labor was last in power. This will give quiet perspective on the previous government’s decisions and achievements - as well as throwing starker light on failures and omissions.

As for the PM, he will need all his personal qualities as fighter, negotiator and leader to advance the nation’s interest in a contested region.

For the China challenge has hardly abated. Whatever the reasonable-seeming words of its new ambassador in Canberra, Beijing is on a trajectory of domineering autopilot.

This is regardless of whether it chooses to put Australia in its sights on any given day.

Reckless confrontations by Chinese forces - air, sea and land - have become increasingly frequent over more than a decade: just ask the Japanese, Americans, Vietnamese, Filipinos, Indians and Indonesians, among others.
What’s changed is that the net is spreading across the wider Indo-Pacific, and Australian forces are regularly being caught up as they go about their legitimate business.

Suborning the southwest Pacific as a geoeconomic tributary - the audacity of Wang’s proposed multi-nation deal - would have strangled most of Taiwan’s remaining diplomatic space and privileged China in future resource access.

It would also have begun the outflanking of the west Pacific ‘island chains’ where American forces and their allies constrain China’s military threats against Taiwan or its access to the open ocean - including by a growing Chinese submarine fleet that is not only nuclear powered but, increasingly, nuclear armed.

This point should give the lie to China’s propaganda efforts at stirring up regional opposition to Australia’s plan to build a nuclear-propelled (but not nuclear-armed) submarine fleet.

Even though enough of our Pacific neighbours are proving wisely cautious about China’s grand ‘bargain’ - it was rejected, for now - Beijing will continue to press upon them bilaterally.

As for a PLA military base, it looks as if Ream in Cambodia will be next in line after Djibouti, with ground reportedly being broken on a dual-use facility as soon as this week.

This will bring Indonesia even closer to the front line of China’s armed encroachments on contested waters.

Amid all this drama, the Albanese government has deftly scripted its opening acts of international engagement.

From the focus on climate and development, to the strong business element of the Indonesia delegation, there have been healthy signs that this government readily recognises the need for multidimensional engagement with a multipolar region.

The language about Australia’s interests and values is plain but not gratuitous. There’s already a sense that an intensified set of security partnerships with Southeast Asia should be grounded in shared principles - like rules and sovereignty - rather than an imagined unity of liberal democratic values.

This PM now owns a sober reading of the task for Australia and many other nations in managing Chinese power: competition without catastrophe, or competitive coexistence.

But scaling back the rhetoric hardly diminishes the strategic odyssey ahead. Deeper enmeshment with the Pacific, a reset with France and Europe, and fresh ambition with Southeast Asia will not - and should not - displace the closer ties with India, Japan, America and Britain achieved over the past nine years.

Everything the government has signalled in its new regional inclusiveness will require national resources or international partnerships or both.