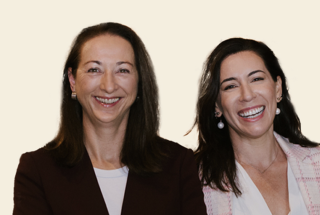 The ANU National Security College, in collaboration with Accenture, has launched a podcast mini-series to celebrate women from across the Australian national security community.

The series — part of the National Security Podcast — aims to explore the experiences of eminent and up-and-coming security professionals to inspire and expand the next generation of female talent.

In this episode, we share something special – a taste of the new Women in National Security (WiNS) mini-series, produced in collaboration with Accenture.

Nina Davidson from the Office of National Intelligence

In this episode, hosts Gai Brodtmann and Meg Tapia are joined by Nina Davidson, Deputy Director-General Intelligence at the Office of National Intelligence. In this candid conversation they explore the myths surrounding national security, reveal the national intelligence issues on Nina’s radar, and reflect on her career journey so far.

In this episode, hosts Gai Brodtmann and Meg Tapia are joined by Air Vice-Marshal Catherine Roberts, the inaugural head of the Australian Defence Force’s new Space Command. They delve into what it means for Australia to have a Space Command, the importance of gender diversity in STEM, and Catherine’s advice for taking control of your own career.

In this episode, hosts Gai Brodtmann, National Security College Futures Council member, and Meg Tapia, Principal Director for Defence and National Security at Accenture, are joined by Head of the Australian Cyber Security Centre (ACSC) and Deputy Director-General of the Australian Signals Directorate (ASD) Abigail Bradshaw CSC. Abigail explains the steps the ACSC has taken to achieve gender balance in their workforce and how they support working families. They also discuss her love of leadership and approach to helping others become amazing leaders themselves.