Home » News and events » News » Our diplomatic task is daunting, but the mission is clear

Our diplomatic task is daunting, but the mission is clear 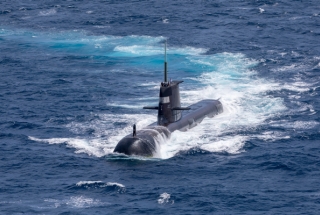 A future Australian Defence Force of nuclear-powered submarines and advanced conventional missiles, an AUKUS technology partnership with London and Washington, and far-reaching plans to advance the global good with America, Japan and India under the mantle of the Quad: the past few weeks have been a firehose of national security news.

So great is the torrent that momentous developments – notably the nuclear submarines announcement – have drowned out the merely major ones.

For instance, on 16 September the AUSMIN joint statement by our foreign and defence ministers and their American counterparts signalled we will see more US forces in Australian air and naval bases. This is part of a wider distribution of American military presence in the Indo-Pacific to deter conflict with China.

That statement also declared “intent to strengthen ties with Taiwan” as a “leading democracy” and a “critical partner” – lines that once would have induced their very own gasps in the business community and foreign affairs establishment.

It’s no surprise that much commentary has fixated on this as a transformational moment in Australia’s security posture and global geopolitics.

The Morrison government has decisively chosen the United States over China. Canberra’s defiance of Beijing is here to stay. The Biden Administration is committing to stop Chinese coercion in the Indo-Pacific.

Britain, in its way, is now openly resisting China and pivoting to this region. The Quad will provide core strength for global groupings to balance China’s power. But European seriousness about joining such coalitions is suddenly strained by Australia’s abandonment of the French submarine deal.

All this may be so, even if all such propositions come with caveats.

But another meaning of the past fortnight is precisely that it is not some dramatic departure. Rather, now is a culmination of years of change in our strategic settings to prepare Australia for at least a decade of hazard and disruption.

That is, Australia now has in place most of the elements of a genuine Indo-Pacific strategy.

Australia has shaped an influential new vision of global order, where the idea of a vast maritime region of connectivity and shared principles empowers many nations to work together to prevent China’s bid for dominance.

Former prime ministers can comment all they wish, but there are currents of continuity with their own policies, more than some may acknowledge.

Malcolm Turnbull’s government led a pushback against Chinese infringements on sovereignty and a rules-based regional order, including by criminalising foreign interference, strengthening cyber defences and challenging Beijing’s breaches of international law in the South China Sea. His choice of the French submarine option – whatever its merits or otherwise – was part of our wider build-up as a maritime power.

And Turnbull’s foreign policy emphasised new coalitions in the Indo-Pacific, enabling the revival of the Quad.

Much of the defence modernisation under Morrison and Turnbull actually began with Tony Abbott, who also personally drove strengthened ties with India and Japan. It is a testament to the Australia-Japan partnership he fostered that Tokyo so quickly moved ahead with our wider Indo-Pacific alignment even after it lost to France the submarine deal Abbott had wanted with Prime Minister Abe.

Julia Gillard’s government fell far short on defence spending, but the saving grace of her 2013 defence white paper was its pioneering role globally in affirming the Indo-Pacific as the world’s new strategic centre of gravity. She advanced relations with India, ending Labor’s ban on uranium exports.

Most substantially, in 2011 Gillard agreed to ‘force posture initiatives’ allowing the deployment of US Marines to Darwin and preparing for an air and naval presence.

With his 2009 defence white paper, Kevin Rudd envisioned Australia as a serious naval power – even if he failed to cost and commence the submarine ambitions he promised. He warned of China as a military danger long before most of us were willing to countenance this.

John Howard revitalised the US alliance, and not only in the war on terror. He advanced ties with Japan, India and democratic Indonesia – and the modern global partnership with Britain now influencing AUKUS.

And Paul Keating? His antiquated, anti-Quad rantings overlook the fact that Australia’s driving role in that fast-evolving institution – with an agenda spanning COVID-19 vaccines, environment, infrastructure, technology and, yes, security – is a practical manifestation of the activist middle-power diplomacy he once espoused.

Labor’s qualified support for AUKUS – and conversion to the Quad – confirm that government and opposition are now fairly much in the same boat in recognising our strategic problem and the chosen course. And most of the public is on board. Stunningly, opinion polling from Essential suggests that even most Greens voters disagree with their leader that a nuclear-propelled submarine fleet will make Australia less safe.

Relentlessly hard work lies ahead. The diplomatic task alone is daunting: salvaging relations with France, ensuring Britain stays the course, patiently working with the pragmatism of Asian partners, many of which deep down could benefit from a stronger Australia.

But the real odyssey will be at home. To succeed, the nuclear submarine ambition and the critical technology-sharing opportunities under AUKUS will require fundamental changes in the way our defence and science establishments do business. This will require grimly dedicated focus from political leadership now and across governments to come.

This article first appeared in The Australian.

Our diplomatic task is daunting, but the mission is clear