Six lessons from the war on terror 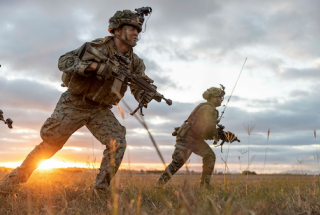 In late 1999, I was standing on the rooftop of the number 1 tower of the World Trade Centre. With fellow students from the US Army War College we “looked out over the world”.

Nearly all of us, officers from the United States and allied forces, were to have the rest of our military careers shaped by the aftershock of what was to happen right where we stood on that peaceful New York afternoon.

Two years later I was standing at night in a burned-out hangar at Kandahar Airport handing over command of our first deployed Special Forces Task Force to the US Marine, Brigadier Jim Mattis who was later to become the US Secretary of Defence.

These moments make clear my personal investment, and the investment of so many of my colleagues, in the so called “War on Terror”.

Now, when we pause to reflect on the 20th Anniversary of the attack on the United States by the Islamist terrorist group Al Qaida, we do so in the immediate aftermath of the evacuation of Kabul. Many will understandably ask “what was it all about?”

Here is my view. The attacks on New York and Washington were a spectacular example, perhaps without equal in history, of a surprise asymmetric attack by the weak against the strong.

Other attacks scarcely compare when you consider the shock it caused in the US and globally. More significant was the massive response it drew and the enduring effect on communities and ways of life around the world.

The military response alone resulted in prolonged conflict, loss of life and limb, expenditure of national treasure, collapse (and re-emergence) of governments, strengthening and weakening of alliances, religious polarisation, and diplomatic stresses.

For every Australian it changed the way we live, how we fly, how we need to identify ourselves, how we design buildings, and how we approach immigration and border security.

The War on Terror drove us to reconsider the cohesion of our society. For the first time, we discovered within our own community a very small number of our citizens who would wish us harm. 9/11 was an attack on us all and it was an attack on our way of life. The tragic events in Bali soon brought this made closer to home.

What is important today is to soberly examine what we have learned from these tumultuous years. What do we know now that perhaps we didn’t or couldn’t see so clearly two decades ago? How do the lessons prepare Australia for the future security environment?

The first lesson is that in the same way we didn’t see the 9/11 attack coming last time, we would be foolish to think we will see it coming on the next occasion.

We will need as far as possible to position Australia in a more independent and balanced security posture. We need to build a more resilient Australia, politically, economically, socially and militarily. This will cost money, and a lot of it. There will be an impact our way of life and standard of living.

The next security threat won’t repeat the last. But I also know that the threat of Islamist extremism and the concept of a war on the West is far from over. History rhymes.

The second lesson is the value and the challenges of alliances. We have just celebrated the 70th Anniversary of the signing of the ANZUS Treaty. The Australia-US relationship is based on shared interests, reinforced by shared values, history and friendship.

Make no mistake, Australia as the smaller alliance partner is the great beneficiary. Without the alliance we would not have access to the modern and advanced defence capabilities we currently field. The defence of our county without the US alliance would be both diminished and prohibitively expensive.

We must be clear-eyed about the alliance. The US will act in its own interests. America is calling on all allies, including Australia, to do more to protect their immediate patch because the US will not be as able or inclined to carry the burden in every corner. That is on the US Government’s own list of lessons.

ANZUS has been the cornerstone of our national defence for 70 years, and will be critical to our future security. This is no time to distance ourselves from our ally.

My third lesson on this anniversary of 9/11 is the value of other international partners. We would not have been able to protect our deployed forces or our society at home without partnerships with like-minded (or equally concerned) governments.

Australia’s security relations with many ASEAN neighbours, particularly Indonesia and Singapore are deeper than before 9/11. We should work to preserve these relationships and ensure they support our common needs, so the current visit to Jakarta by our Foreign and Defence Ministers is timely.

Further broadening security and economic partnerships with like-minded nations, such as through the Quad, is a priority.

The fourth lesson I draw on the 20th Anniversary of 9/11 is the criticality of cohesion at home. Our society came under enormous strain on discovering there were a small number of citizens among us, who so hated our society and way of life that they wanted to kill us.

I can say categorically as the Director General of Security and Head of ASIO at the time that without the support of the Muslim community in Australia there would have been more frequent and more serious attacks and resulting loss of life.

We saw during the last decade the inexcusable vilification of Muslim communities by a small number of public figures. We can’t afford this sort of division in the future. More work is required to improve our country’s social cohesion.

The fifth lesson I draw is the centrality of good intelligence.

The 9/11 Inquiry in the US pointed to the failure to fully understand an attack was imminent. The misleading intelligence regarding the existence (or otherwise) of Saddam Hussein’s WMD program, through to recent intelligence assessments regarding the fall of Kabul have all been highlighted.

These are excitedly reported as “intelligence failures”. At the same time, the experience of combatting terrorism has also greatly improved our intelligence-gathering machinery. While not be publicly visible, this capability has done much to protect our communities from terrorist attack. Australia is well positioned in the 5-Eyes intelligence arrangement. We must, however, continue to invest in our intelligence capability. As a middle power Australia must know what is going on around us to enhance our strategic decision-making and reduce the chance of surprise.

The 6th and final lesson I draw on the 20th Anniversary of 9/11 is the one I first heard nearly 50 years ago as a cadet at the Royal Military College. We were taught the first principle of war was the “selection and maintenance of the aim”. You need complete clarity on why you are going to war, what you intend to achieve, and then ensure your purpose does not drift.

Our immediate aim in deploying into Afghanistan was to ensure Al Qaida could not threaten us from the political and security vacuum that county provided. We achieved that aim relatively quickly.

Then, like many wars, things began to drift. This is particularly true of “wars of choice” as opposed to “wars of existential necessity”. I am not suggesting malice, ineptitude or incompetence among the architects and decision makers of the alliance and partner forces involved in the Middle East wars. But I simply make the point that wars are easier to start than to finish.

I served inside government for practically the entire war on terror and I understand why key decisions were taken. We must however learn from these decisions taken in good faith at the time. We must reflect on the dangers of early and proper military intervention drifting into such ‘mission creep’ as nation building and reshaping.

And above all it is a time for gratitude for those thousands of members of the Australian Defence Force, the intelligence community officers, the diplomatic service, the police forces and the border forces who, have given so much to protect our community and way of life, and still do.

Major General Duncan Lewis AO, DSC, CSC is Professor in the Practice of National Security at the ANU National Security College and was ASIO head from 2014 to 2019. He served in the ADF for 33 years, including as commanding officer of the SAS Regiment and commander of the Special Operations Command. He also served as national security adviser to two prime ministers, Defence Department secretary, and ambassador to Belgium, Luxembourg, the EU and NATO.

A version of this article appeared in The Australian.