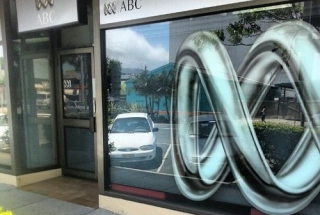 The heads of Australia’s diverse media outlets have joined forces to raise their concerns about press freedom in light of the recent Australian Federal Police raids on the ABC’s Sydney offices and a News Corp journalist’s home.

A joint appearance at the National Press Club by ABC Managing Director David Anderson, Nine CEO Hugh Marks and News Corp Executive Chairman Michael Miller was followed by Anderson leading a group from ABC, Nine, Seven, News Corp and Free TV to meet with the attorney-general and communications minister to further their views on how press freedom can be protected in relation to security issues.

They left with their demands for immediate action not met, but a concession by the government to hold an inquiry by the Parliamentary Joint Committee on Intelligence and Security (PJCIS).

This seems a reasonable way ahead on a high-profile issue that has saturated Australia’s media for weeks.

But amid the speeches, panels and opinion pieces discussing press freedom, one key issue has been missing. And that is where the security piece fits in, and how the apparently conflicting perspectives of press freedom and security can be reconciled.

It’s vital to have this out in the open to understand the complexities of this issue and where we should be going.

Security and confidentiality matter. Whether it’s in protecting the names of intelligence sources in hostile environments, ensuring the details of Australia’s cybersecurity capability remain unknown to potential attackers, or protecting the location of Australian Defence Force special forces teams on operations. Confidential information passed on by other countries, such as through the Five Eyes intelligence sharing arrangements, also needs to be protected. This has been an established element of Australian law for more than a century, and is similarly recognised and protected in other liberal democracies.

The individuals being investigated for allegedly stealing classified information and passing this to members of the media knew they were breaking the law. Everyone granted a security clearance knows that access to information is provided to enable them to do their job on behalf of the people of Australia and that privileged or confidential information is not theirs to pass on to whomever they will. Indeed, protection of official secrets has been part of Australian law since the Crimes Act was established in 1914.

That said, managing the balance between security and freedom is always a complex matter for liberal democracies such as Australia. And Australia is a strong democracy. The Economist’s annual Democracy Index—which measures the state of democracy by weighing up pluralism, civil liberties and political culture—rates Australia in the top 10 democracies in the world, and one of only 20 countries globally it considers a ‘full democracy’.

Australia has developed comprehensive national security and counterterrorism laws, particularly since 9/11, but these have been accompanied by open inquiry, consideration, oversight and review. This cannot be taken for granted and needs to be maintained.

The media has played, and continues to play, an important role in explaining what is going on to the public, and also in challenging and questioning whether these laws are necessary. But it’s not alone in doing this.

Australia’s comprehensive national security legislative regime is also accompanied by an equally comprehensive array of oversight bodies to check whether these are necessary. The PJCIS, the Independent National Security Legislation Monitor, the Inspector-General of Intelligence and Security, the commonwealth and state ombudsmen, state parliamentary committees, and the courts all play a formal role in this process. And many invite public participation in their reviews. It’s vital that appropriate bodies continue to provide review and oversight. For without this assurance that security powers are both necessary and appropriate, government will lose public understanding and support for counterterrorism, defence, counter-espionage and other security programs.

Having a freestanding and absolute law guaranteeing press freedom is not the answer. Following the AFP raids, some press freedom advocates have argued for either a dedicated law or a standing element of a bill of rights to this effect. They point to similar regimes in other comparable countries. This is one way to approach the issue, but one that would not provide a comfortable resolution to the issue. A standalone approach to press freedom would serve to establish a counterpoint to be fought out rather than enable a considered approach to balance the issues.

Assumptions about what actually constitutes press freedom—and, in fact, what constitutes the media—should also come under scrutiny. There’s a profound difference between what a respected investigative journalist might mean when talking of the nuance, judgement and investigative skill required to uncover, for example, human rights violations by an authoritarian regime and the approach taken in parts of the ‘new media’. And this type of care is not shown—or resourced—in all commercial media. It’s not what we see with an organisation such as WikiLeaks, which collects and publishes documents directly from sources—including, notoriously, millions of classified documents stolen from the US government. The International Federation of Journalists called WikiLeaks ‘a new breed’ of media and this new form of journalism needs to be examined as part of how Australia finds the balance between the right to know and the need to protect.

The PJCIS inquiry is a useful means to explore whether this complex balance is being managed appropriately, and where Australia might need to focus attention for improvements.

The PJCIS is the appropriate body to undertake this review, as it’s made up of elected representatives of the people of Australia, and it’s also an established and expert body in the matter at hand. In the important and nuanced debate of security and press freedom, it’s also necessary that the reviewing body be required to be above commercial interest, foreign influence or other motivations that could be contrary to Australia’s national interests. We can expect that the PJCIS will call for public submissions and every Australian individual and organisation may have their views and voices heard. The committee is also likely to conduct closed hearings if needed, to ensure that the classified and security perspective may also be considered and heard without damaging institutions or operations.

A functioning and vibrant democracy is characterised by engaged civil society and informed debate. As the press freedom inquiry proceeds, let’s maintain the focus on being informed about the complexities, nuances and competing interests at play, and not be lured into an oversimplified debate.

This article originally appeared in the Strategist