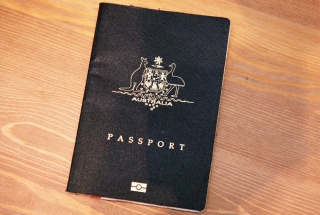 Pulling passports and cancelling the citizenship of foreign fighters is an important tool to keep us safe.

But this raises questions about the time it has taken to act, and the overall impact these laws are having on the threat of terrorism in general, and foreign fighters in particular.

Since Islamic State declared its so-called caliphate four years ago, we’ve seen more than 80 people charged on terrorism offences in Australia and facing justice through the courts.

In cases where those implicated in terrorist acts are located overseas, such as Neil Prakash wanted in relation to the failed ANZAC Day plots, arrest warrants are notified through Interpol.

Almost 300 Australians seeking to travel overseas to commit terrorist acts have had their travel stopped through passport cancellation or suspension. This is partly to fulfil Australia’s international obligations to not export terrorism, and also to prevent Australians getting the skills and networks that come with being a foreign fighter. The Sydney aviation plot showed the harm that can be caused by links to the foreign fighter network.

Losing Australian citizenship is one of the mechanisms that aims to limit the risk of Australians facilitating terrorism, punish those who support terrorism, and send a strong message to those who seek to commit terrorist crimes. Those who lose citizenship are also no longer able to travel on an Australian passport, with the ease of movement it affords.

There are no hard and fast rules on how a country manages its citizenship. In Australia, the authority of the government to revoke citizenship — typically for taking up arms against Australia — bas been part of citizenship legislation since 1948.

For countries such as Australia who have signed up to certain international protocols about citizenship — such as to not make people stateless and to not have them removed to their country of origin if this would put them in danger (such as risk of death or torture) — these are additional factors determining how citizenship might cease. There are two ways terrorists can lose Australian citizenship, but in both cases they must already be dual nationals.

Those in Australia progress the normal judicial process of being charged and facing a trial for their offences. If convicted terrorism offences with a sentence of six or more years, citizenship may cease. The long time frame of the court process is a key factor in this cohort.

The second way is for those who are overseas conducting terrorism and unable to be charged and face justice through the courts. In this case, rather than being convicted of terrorism offences in an Australian court, it is the conduct of terrorism itself that is the determining factor.

What this means, in the case of the six foreign fighters in the news now, is that they are dual nationals who are overseas, who will neither be left stateless nor in danger if removed to their country of origin, have been assessed by the appropriate authority to be conducting terrorist activities, and who by their own conduct have relinquished their right to citizenship.

It’s not publicly stated how many of the estimated 110 foreign fighters are dual nationals who would fit the citizenship-loss category, but it would not be all 110. Losing citizenship is an extremely serious matter for the affected individual, so it is appropriate that sufficient and appropriate information and assessments axe brought together. But this is not an easy thing when the person in question is of the grid and in a conflict zone. And that may partly explain why it has taken so long for these cases to progress.

We are seeing similar challenges in the efforts to compile a brief of evidence to support charges for conducting terrorism overseas.

But the fact that it took more than a year after the laws were enacted for the first citizenship cessation — that of Khaled Sharrouf in 2016 — and another 18 months until the latest five were affected, rightly causes some questions to be about the effectiveness of the legislation.

On Thursday, Minister for Home Affairs Peter Dutton announced a review of the process. This is the right time for such a review. Agencies have six completed cases and no doubt there are others in the pipeline.

The review will provide the opportunity to check how the rights of individuals are being balanced with the responsibility to protect our community in Australia and also contribute to the fight against terrorism globally.

It’s also a good test case to see how agencies are communicating and cooperating in the new federal Home Affairs construct, and to see how this and Australia’s other counter-terrorism laws and capabilities are faring against the evolving threat. Citizenship loss on terrorism grounds was never intended to solve the foreign fighter problem on its own.

But it’s one tool among many that has this week demonstrated its effectiveness.

This post was first published on The Daily Telegraph.